Record of internationalization in the Lamp Lighting Solutions Awards 2015!

We're delighted! Lamp Lighting Solutions Awards 2015 have closed their entries with an internationalization record of 70%, increasing 9% over the last edition. 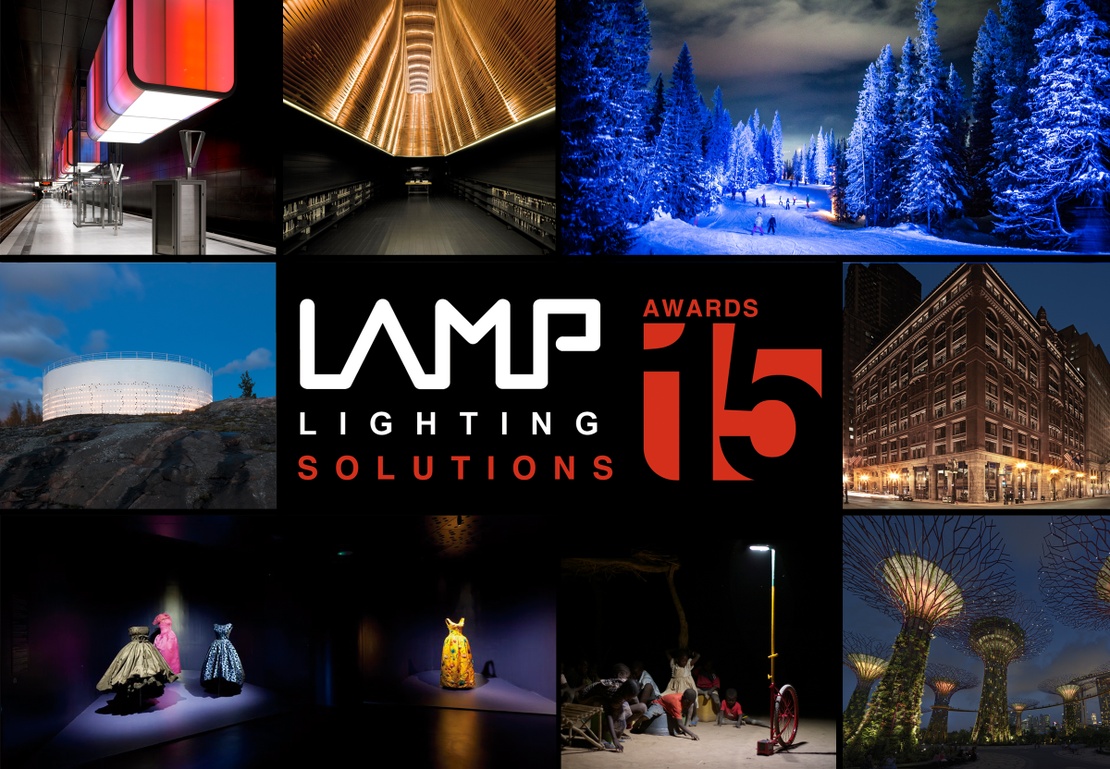 598 projects have been submitted from 54 countries, which prove the international consolidation of this 6th edition of the awards. And it couldn't have happened in a better moment, 2015, International Year of Light proclaimed by UNESCO. Thank you very much to all of those who have taken part in the awards and who believe in the culture of light!

The 598 projects received are divided in the following categories: Architectural Outdoor Lighting with 145 submitted projects, Indoor Lighting with 234, Urban and Landscape Lighting with 81 and Students Proposals with 119. Furthermore, different associations and specialized media have submitted the 19 candidates who they consider that they deserve the "Life of Light", which will award a professional for a life dedicated to light.

Amongst the professionals who have participated in this edition, 55% are lighting designers, 30% are architects, 9% are interior designers, 4% are engineers, 1,5% are landscapers and 0,5% are urbanists. Regarding to the Students Proposals, well-known schools such as Köln International School of Design, Parsons The New School for Design of New York, UPC, UPM, L'École de design Nantes Atlantique, la Pontificia Universidad Católica of Chile, Hanoi Architectural University, amongst others, haven't hesitated to encourage their students to enroll.

Amongst the 54 countries which have taken part in the awards, the ones which have submitted more projects are, in order of the highest to the lowest: Spain, Germany, France, China, Italy, Chile, Mexico, the United Kingdom, Canada, The Netherlands, The United States, Switzerland and Singapore. In addition, we're pleased to welcome 14 new countries in this edition which didn't present any project on 2013: Serbia, Croatia, Thailand, The Philippines, Hungary, Taiwan, Vietnam, Guatemala, Ireland, Latvia, Morocco, New Zealand, Paraguay and Venezuela.

The standing Jury formed by the lighting designers Mark Major, Kai Piippo, Douglas Leonard and Anne Bureau, the IALD Europe projects manager, Emma Cogswell, the architects Anupama Kundoo and Juan Carlos Sancho, and the interior designer Ignasi Bonjoch, will meet at the end of February in order to choose those projects that will move on to the next stage. If you're interested in knowing these projects you'll be able to look it up in our Instagram @lamp_solutions as well as on our  Facebook after the 2nd of March.

At the end of March, the Jury will meet again to decide the 5 finalists of each category and the "Life of Light". The final verdict will be known at the awards ceremony, which will take place in Barcelona next June. In this event, the winners will receive the following amounts: Architectural Outdoor Lighting 8.000€, Indoor Lighting 8.000€, Urban and Landscape Lighting 8.000€ and Students Proposals 2.000€. Also, the award of merit "Life of Light" will be given to a professional who has dedicated his/her life to light. Good luck to everyone!