The Port of Seville needed a new cruise terminal with a flexible, multi-purpose, extendable, easily removable and even transferable character. This would enable it to adapt to the difficulty of forecasting the volume of passengers at the port and would not limit the possibilities of the valuable urban-port area of the Muelle de las Delicias. The Port Authority itself proposed solving the problem using sea containers. On the other hand, the location near the old town demanded an object of architectural quality to promote dialogue between the port and its urban setting.

The sustainable design of the terminal makes use of the constructive and artistic possibilities of reused containers, adapting them to a specific environment and climate. The heat of the sun in Seville on the steel plate covering could turn the terminal into an oven. Bioclimatic strategies are essential.

"High cube" containers are arranged separately in parallel and over the space between them are placed standard containers, whose floor descends to the level of that of the former, giving a double height which relieves the monotony of the space.

The upper standard containers act as skylights. Windows are located to the north so that they only receive the indirect light reflected from the surface of the other containers. The warmest air rises to this top part by stratification. The lights and shadows produced and the structural steel plate buttresses make it possible to distinguish internally between the different juxtaposed spaces of the containers, reminiscent, on a smaller scale, of traditional port warehouses. The upper containers being separated and overhanging towards the river, they are individually recognizable. They observe and welcome the passengers. On the east and west ends of these skylights opening windows are installed so that the prevailing winds (east and west) penetrate easily and remove the heat from the upper part.

The exterior white paint reflects up to 90 percent of solar radiation and its special composition of ceramic microspheres prevents it from overheating. The outer volumes created enter into dialogue with the surroundings. The lower, more massive floor is at a lower level than the elevation of the city. Both banks of the river can be observed through the separate skylights. Up close, the fact that they are sea containers is quite evident.

Artificial lighting is also designed using parameters of environmental and economic sustainability. By using LAMP luminaires with low consumption fluorescent lamps, technically efficient lighting and an unobtrusive design are achieved at a reasonable cost. The BASIC luminaire, made from white painted extruded aluminium and with an internal reflector in polished aluminium, has been installed in the passenger walkways and emergency exits. Meanwhile, for general lighting and double height areas the MINIYES, a suspended downlight made from RAL 9006 grey lacquered die cast aluminium and with cooling fins, has been used.

Artificial interior lighting supports the spacial concept of the building, forming bands of varying intensity of brightness which highlight the structure of the containers, but with an opposing criteria to that of the natural light. If during the night the double spaces are more intensely illuminated by the high skylights, giving a more natural and soft light in the single heights, during the night, the carefully chosen and distributed LAMP lights intensify the lighting of the single height spaces, contrasting with the dim light designed for the double heights. Night can be an opportunity to transform ourselves, which is why at sunset the spaces in the building morph into the reverse of what they were during the day.

Finally, the FLASH4 industrial projector, made from metallic grey die cast aluminium, with Pyrex IP 65 glass closure and an asymmetric hammered aluminium reflector, has been installed in the passenger entrance doors and has also been used for exterior lighting. The flight of containers towards the river have been used as indirect light reflectors to achieve homogenous and soft lighting of the irregular paving of the jetty which makes night time travel more safe and pleasant.

The quality of the architecture should also be measured, especially in the current economic crisis, for its ability to solve a problem well at a reasonable cost. The actual implementation price was only €443/m2 thanks to a simple but effective design and the use of the most abundant material now and in the future: our waste. 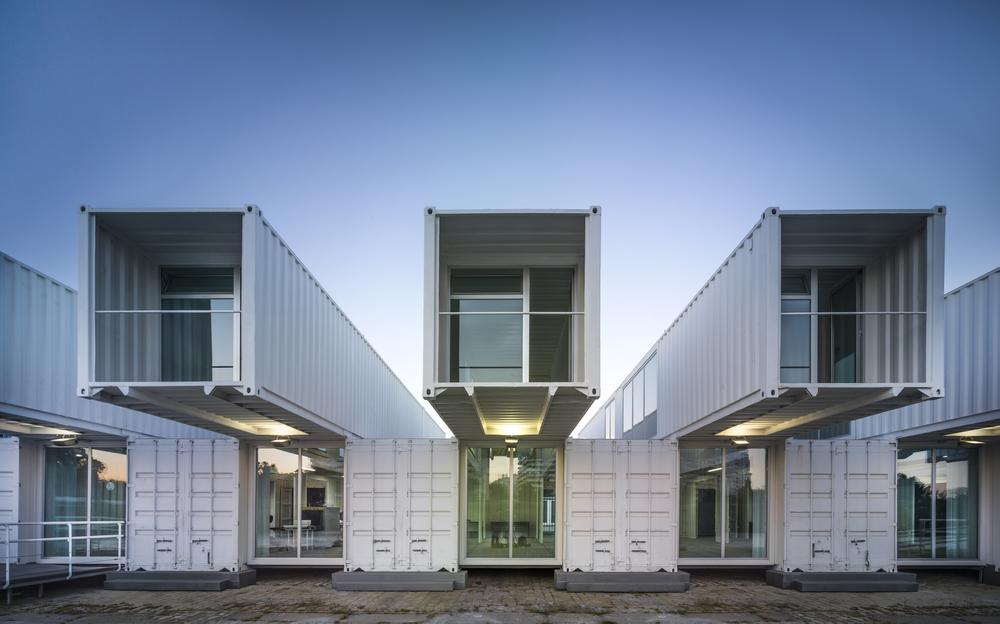 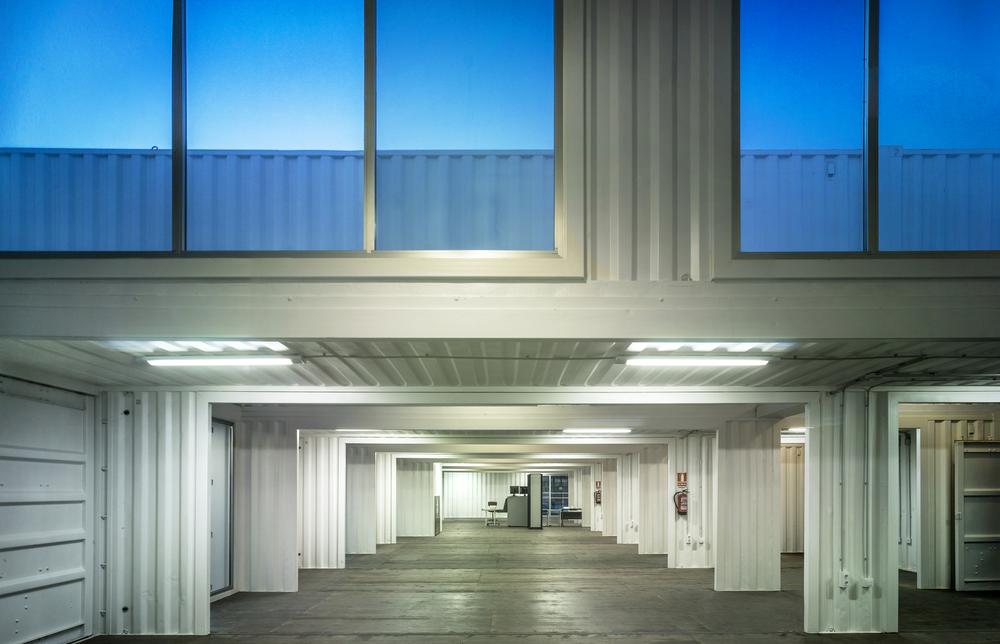 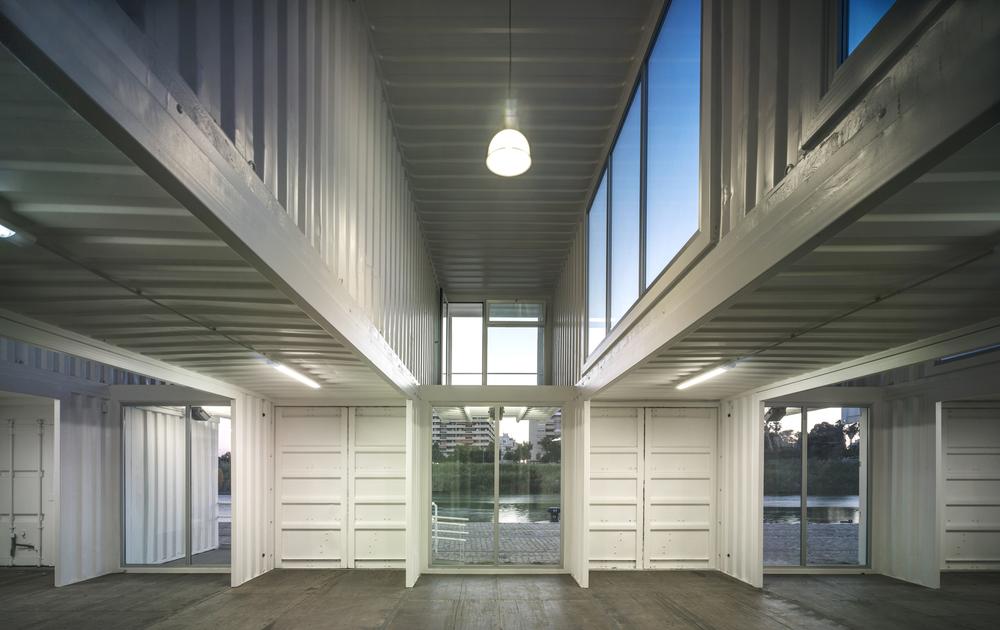 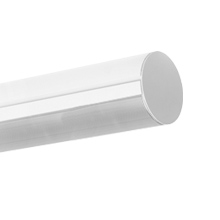