"The sun goes down; the tiresome pirates reach the mainland.  In the distance, the last pink tones of the day. Sea environment, calm and an increasingly lower light that cultivates mystery". This was The Light Squad Studio's initial approach to conceptually address the lighting of the 2019 Lamp Awards. 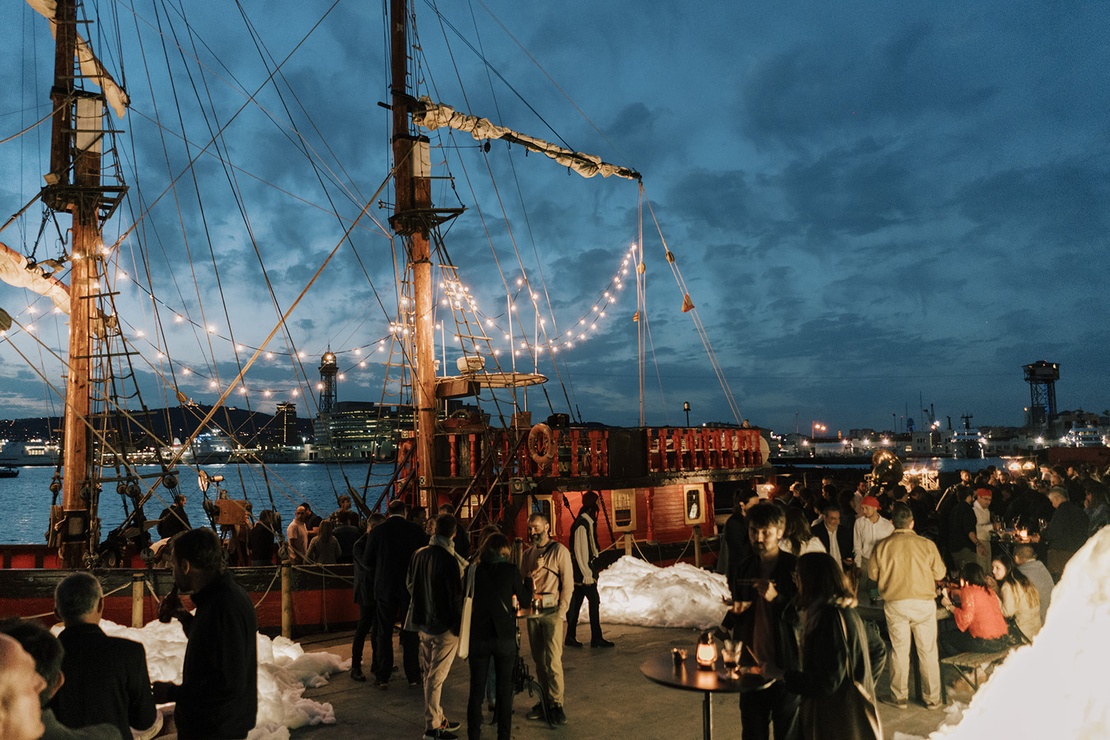 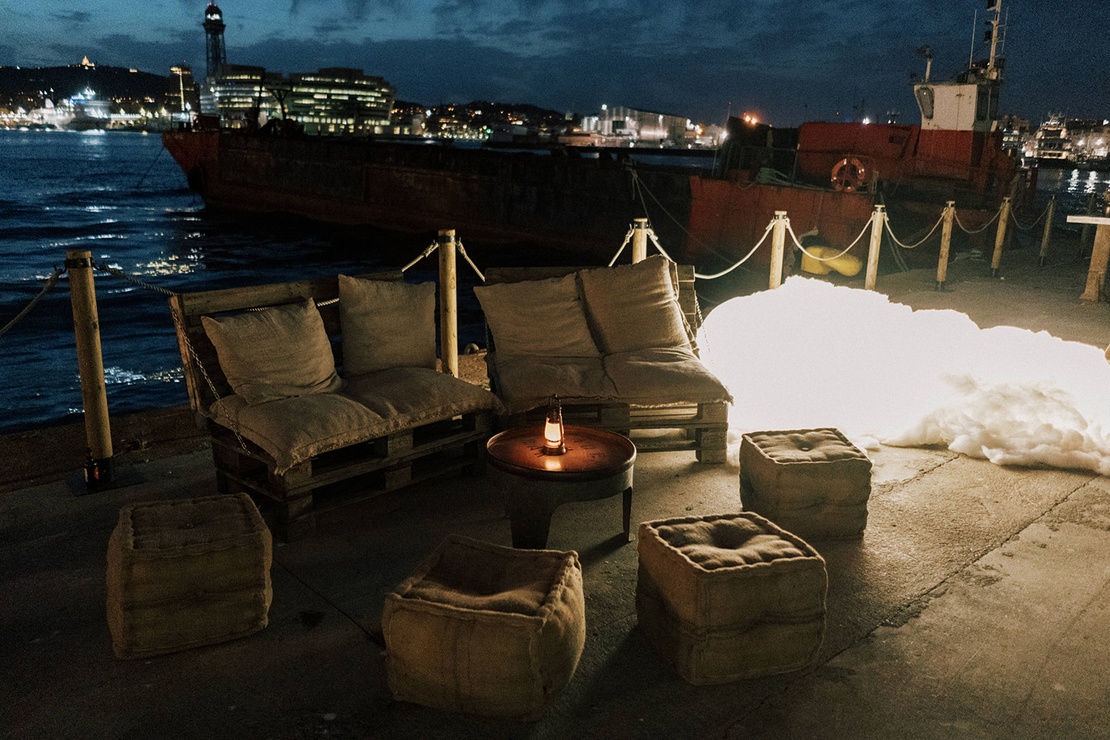 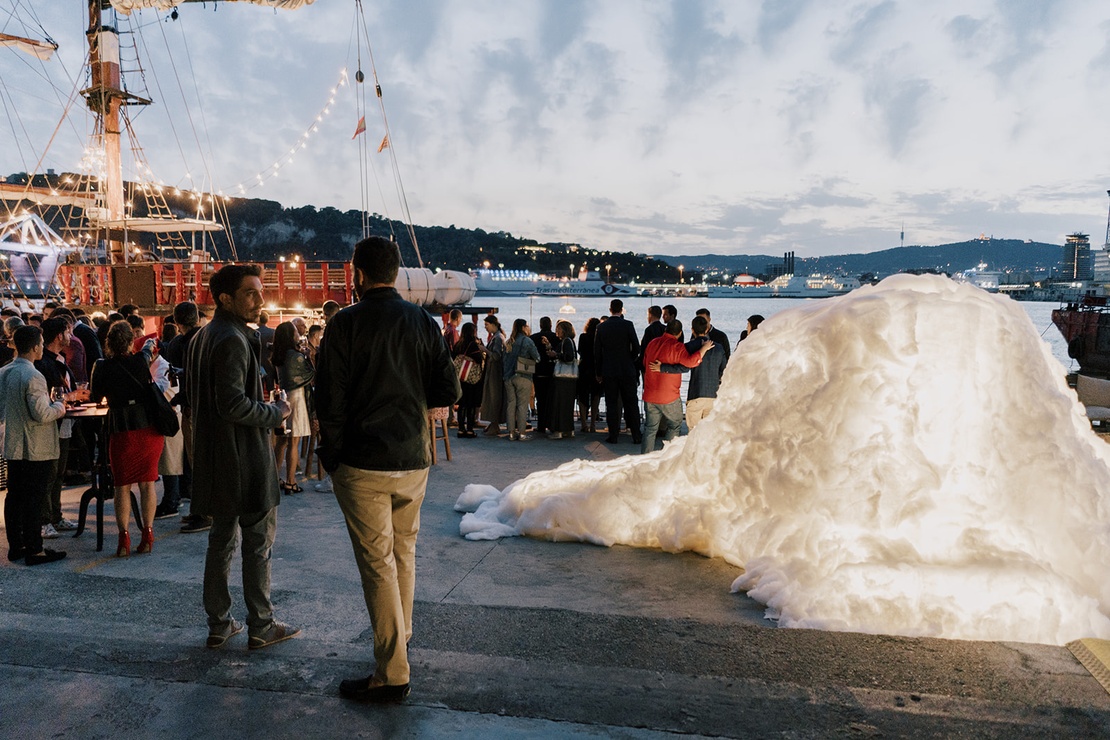 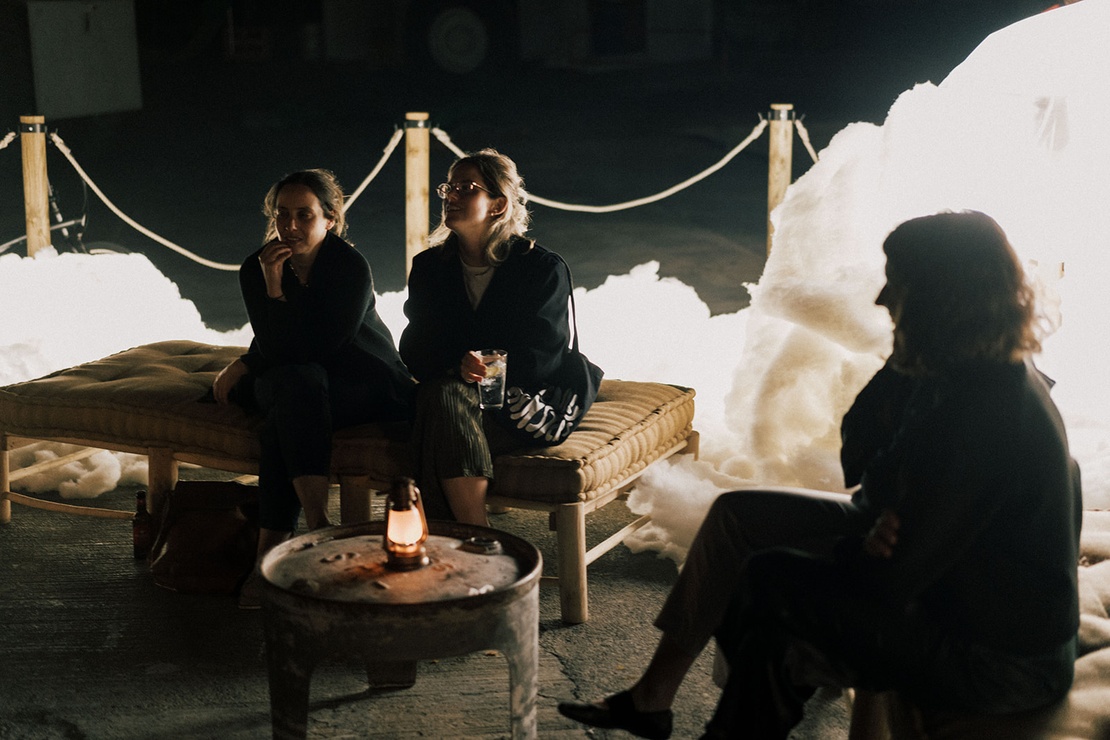 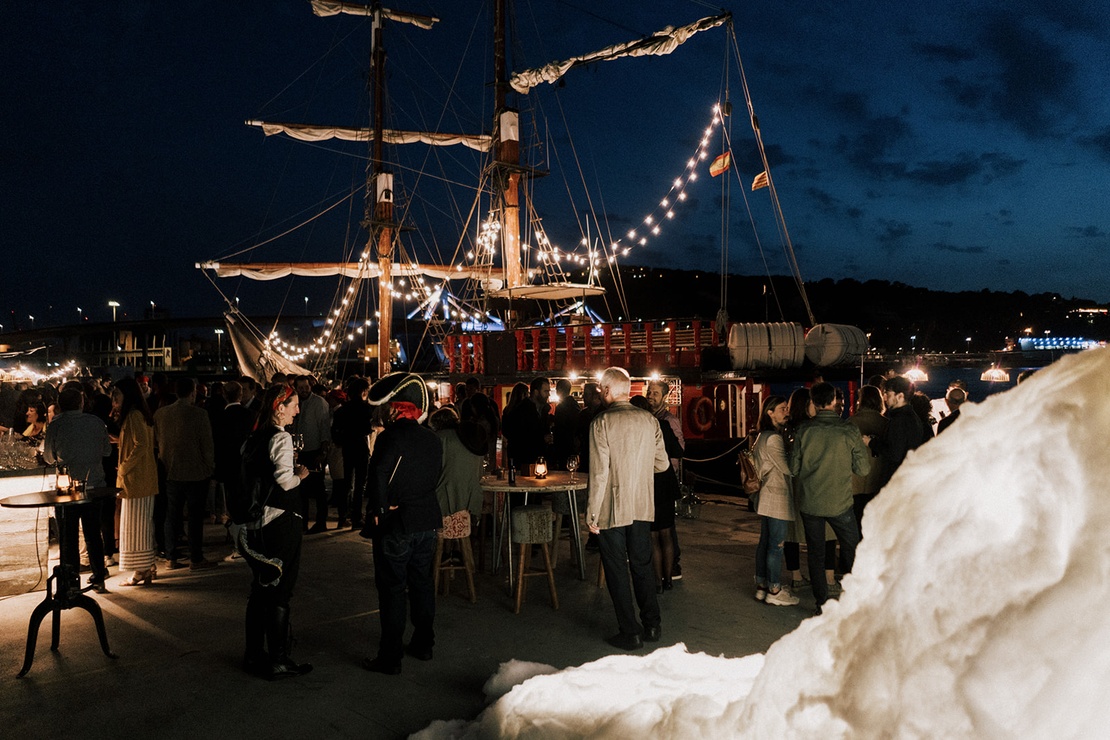 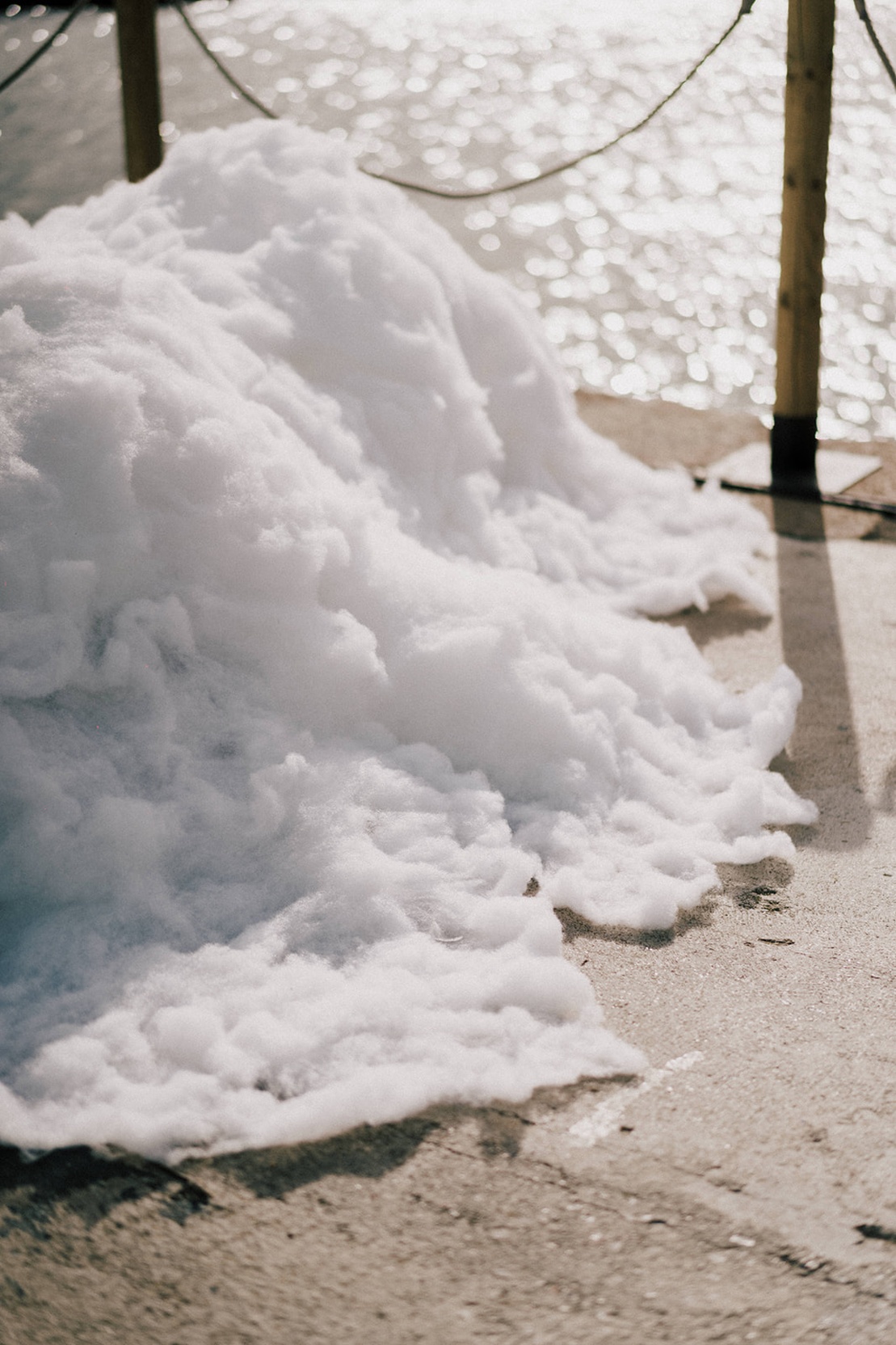 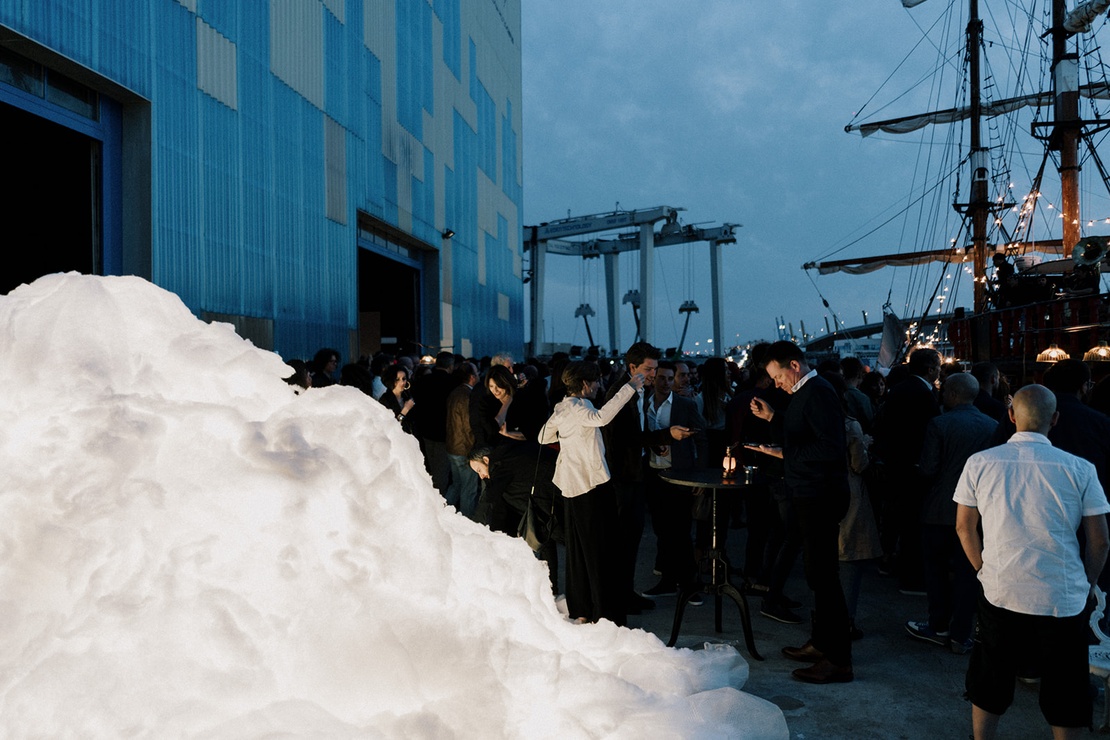 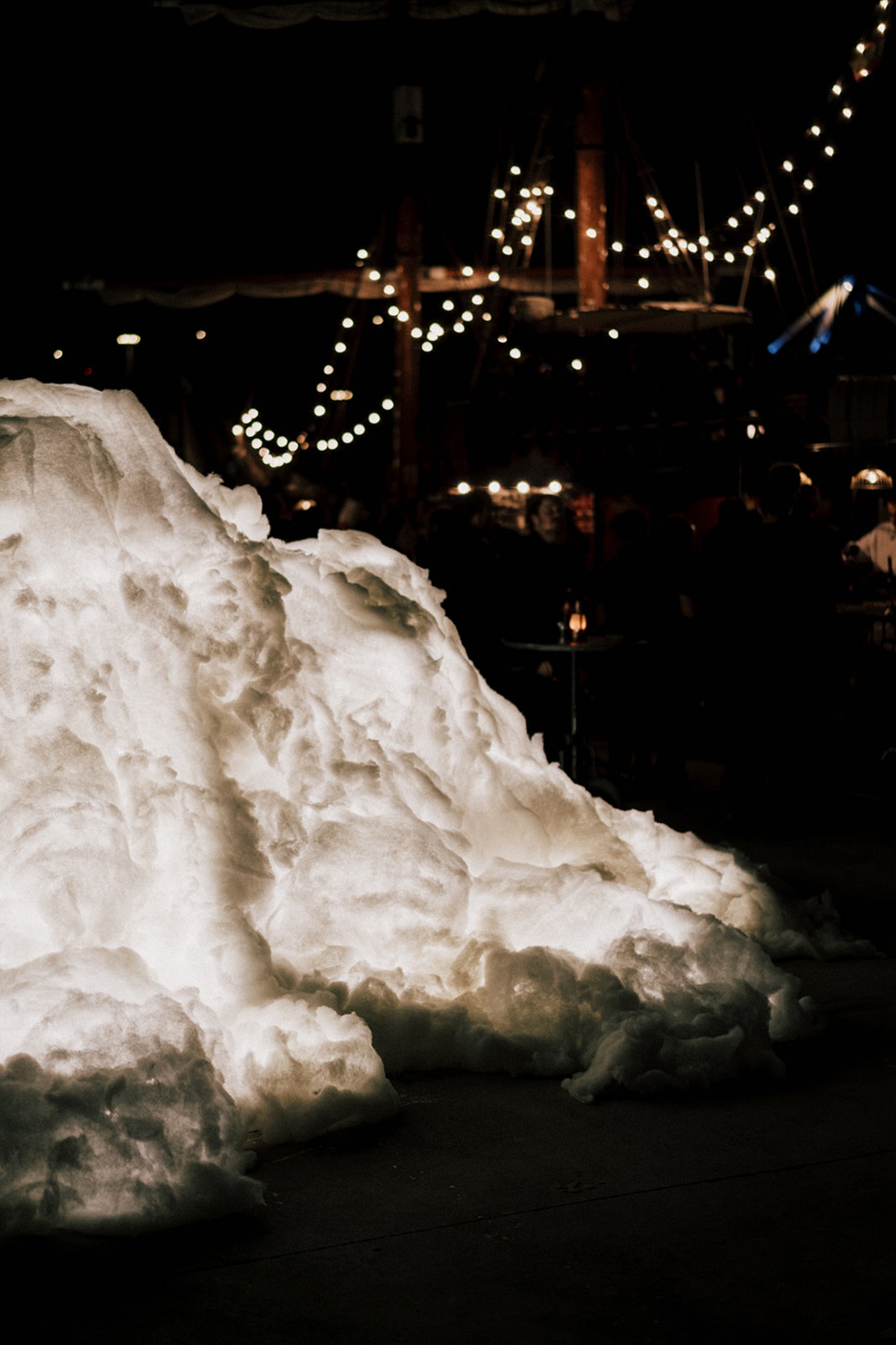 The event organisation was not short on requirements when it came to the development of the lighting installation that would illuminate the award ceremony. In the first place, the installation had to be ephemeral but without an excessive cost in materials, with Lamp products and to make sure it was aligned both with the pirate theme under which the whole event had been conceived and with the location, the Barcelona Nautic Center dry dock. In addition, the installation had to be designed in order to work during the afternoon, evening and night. The option to assemble and disassemble it in one day, not needing any kind of auxiliary structure or having to fix it to the ground was also important. Finally, it had to provide sufficient light so as not to use any other type of general lighting and it had to cause a surprise effect.

The venue itself was intended to convey many impressions to the guest, being such a special location, hidden behind the modern buildings and the huge half-repaired boats. An urban space just a few metres from the sea, with an industrial, solitary and spectacular views of the sunset on Barcelona's seafront. The lighting installation, along with the selected antique furniture, a real pirate ship—the Jolly Rogers—and the rest of the team in disguise would take the guest back to the pirate era.

"Our lighting installation was that piece of sea on land. The sea mist. The rough sea water at the end of the day, when it finally rests on the shore, dragging small algae, iodine, the final sighs of the day" the girls of The Light Squad Studio commented.

The development process of this installation was carried out with wooden pallet structures to which Lamp's luminaire Plat were attached; flat luminaires, with a 4000 K neutral colour temperature, targeted emission and filtered by an opal diffuser and an 120º opening. On top of these, transparent plastic spheres filled with air were fixed to create more organic forms on which a layer of cloudy-looking material made of recycled fibre (carded flock) was placed to create the effect of this sea mist. The final effect, involving areas with higher and lower intensities, was quite similar to the mist bathed by the last sunshine. In addition, control modules with a pre-programmed intensity variation cycle were used, which made the light intensity variable, in order to give it a certain organic and dynamic sensation, to evoke the rhythm of the sea waves.

Gisela Steiger and María Asia Sierra from The Light Squad Studio say that "We did plenty of tests with different materials to find the most effective way in terms of image, economy and assembling speed, as time was key in this ephemeral installation". Structures had to be variable in height, requiring luminaires to be attached to them, thus the option of pallets seemed to be the best, as they are lightweight, manageable and stackable. For the rest, materials that could distort the pallet's shape were needed in order to create organic figures, as well as letting light to pass through to the final flock layer.

"Our studio does architectural lighting projects, so we don't usually get the chance to do ephemeral interventions very often. We love it because these are projects with a much higher dose of creativity, and because we can participate directly in the execution process. Projects like this are always a boost for our team, and even more so if we collaborate with a company and a staff that are always committed to innovating, to the success of what's different" says The Light Squad Studio.

The lighting installation was completed using the warm light from the lanterns on the support tables and the garlanded lighting from the buffets placed along the pier next to the hangar, which retained the pirate look & feel, contrasting with the cooler light from the sea mist and moonlight.

One of the most amusing anecdotes recalled by The Light Squad Studio involves the industrial technicians who helped in the assembly of the installation, delicately "pampering" the mountains of this sea mist so that the final effect would look real, organic and realistic.

According to Ignasi Cusidó, Lamp CEO, 'There is no better way to give visibility to lighting designers than at an event where other projects in which light plays a key role are being recognised with awards. As well, it is always a pleasure for us to work with great professionals and future talents in the industry'.