Still don’t know who the Lamp Awards 2017 Jury are? We introduce them to you!

It's official! It's an honour for us to introduce the 8 members of the Lamp Lighting Solutions Awards 2017: 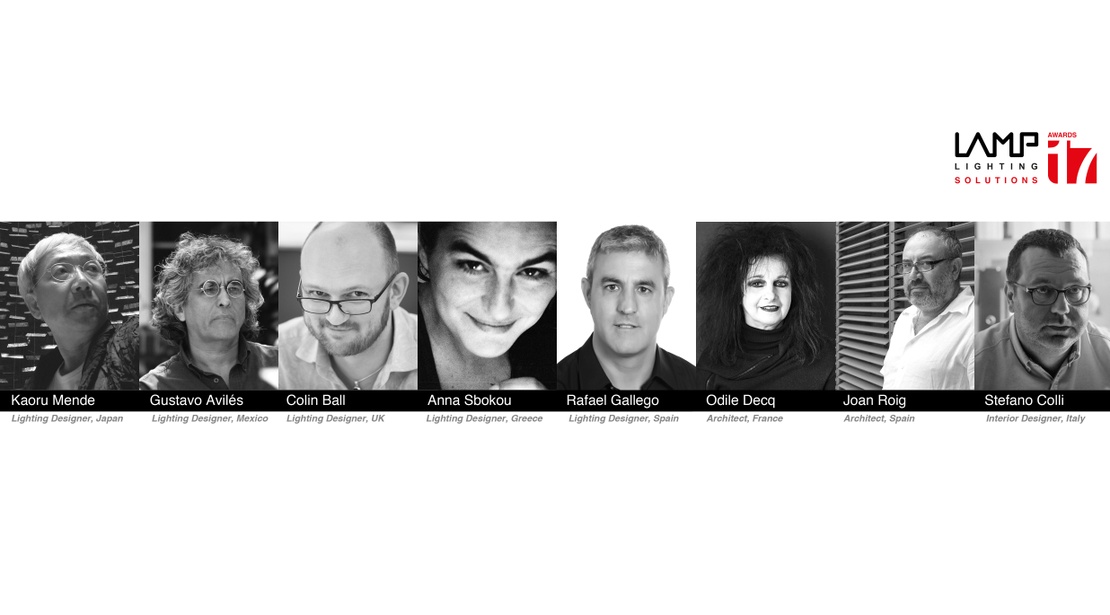 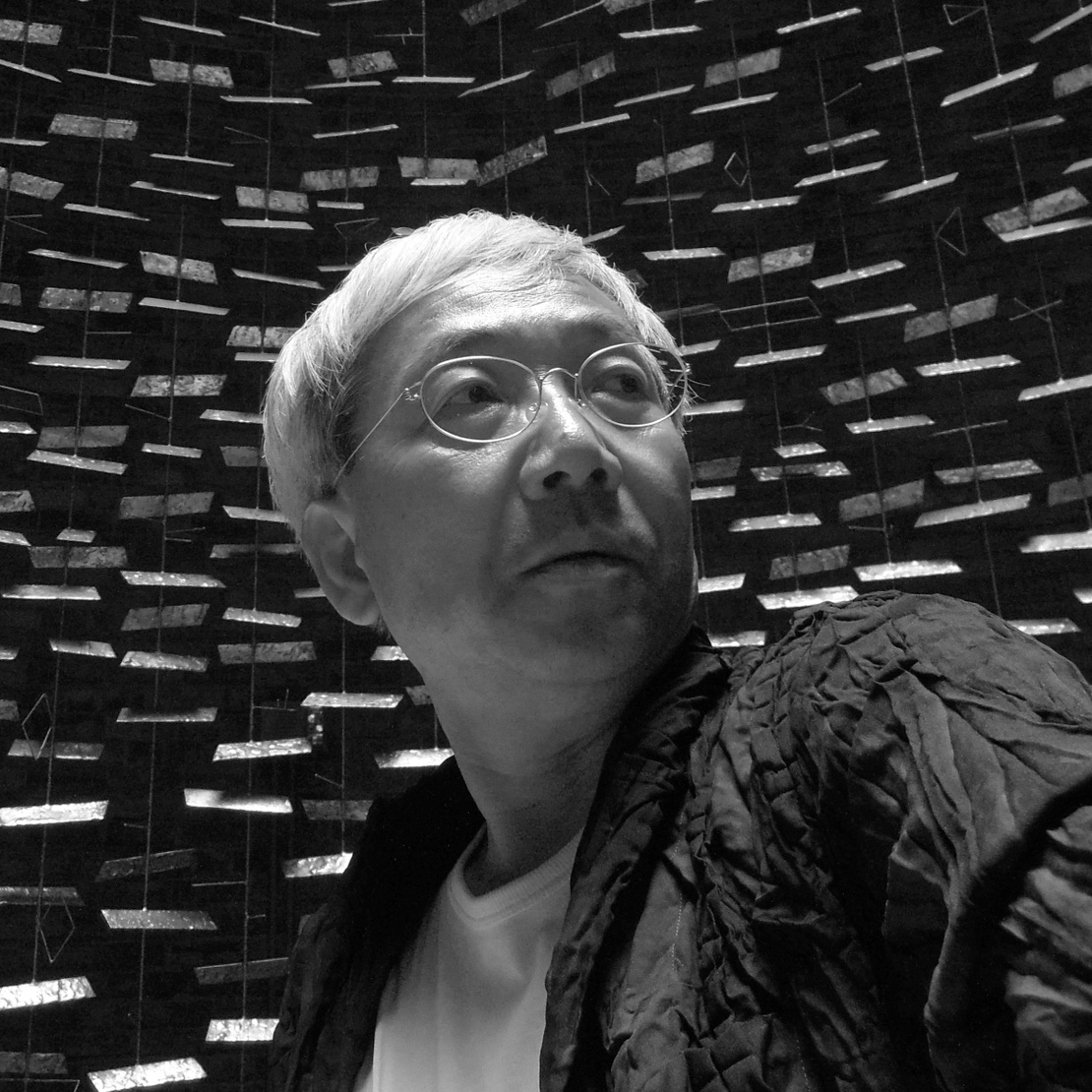 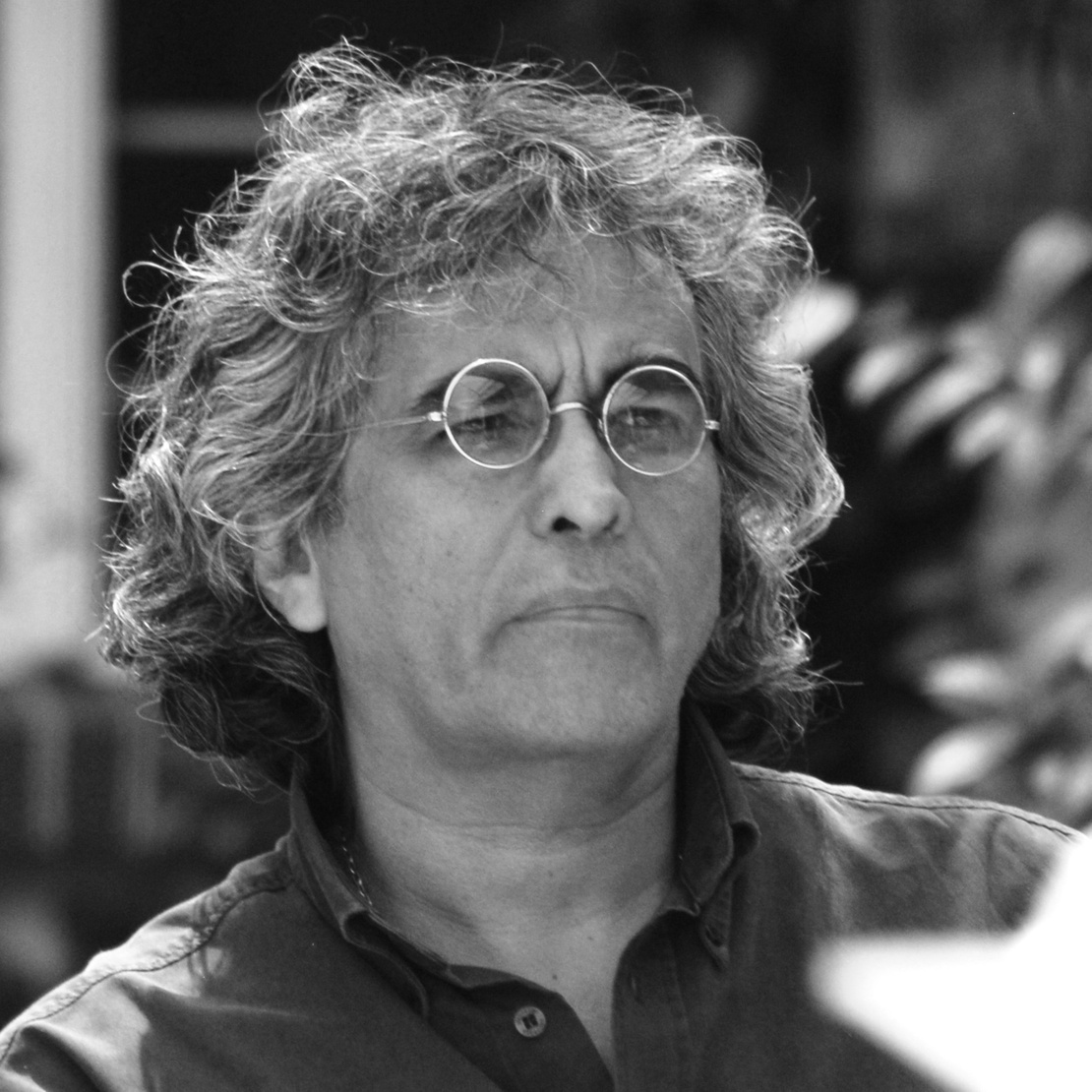 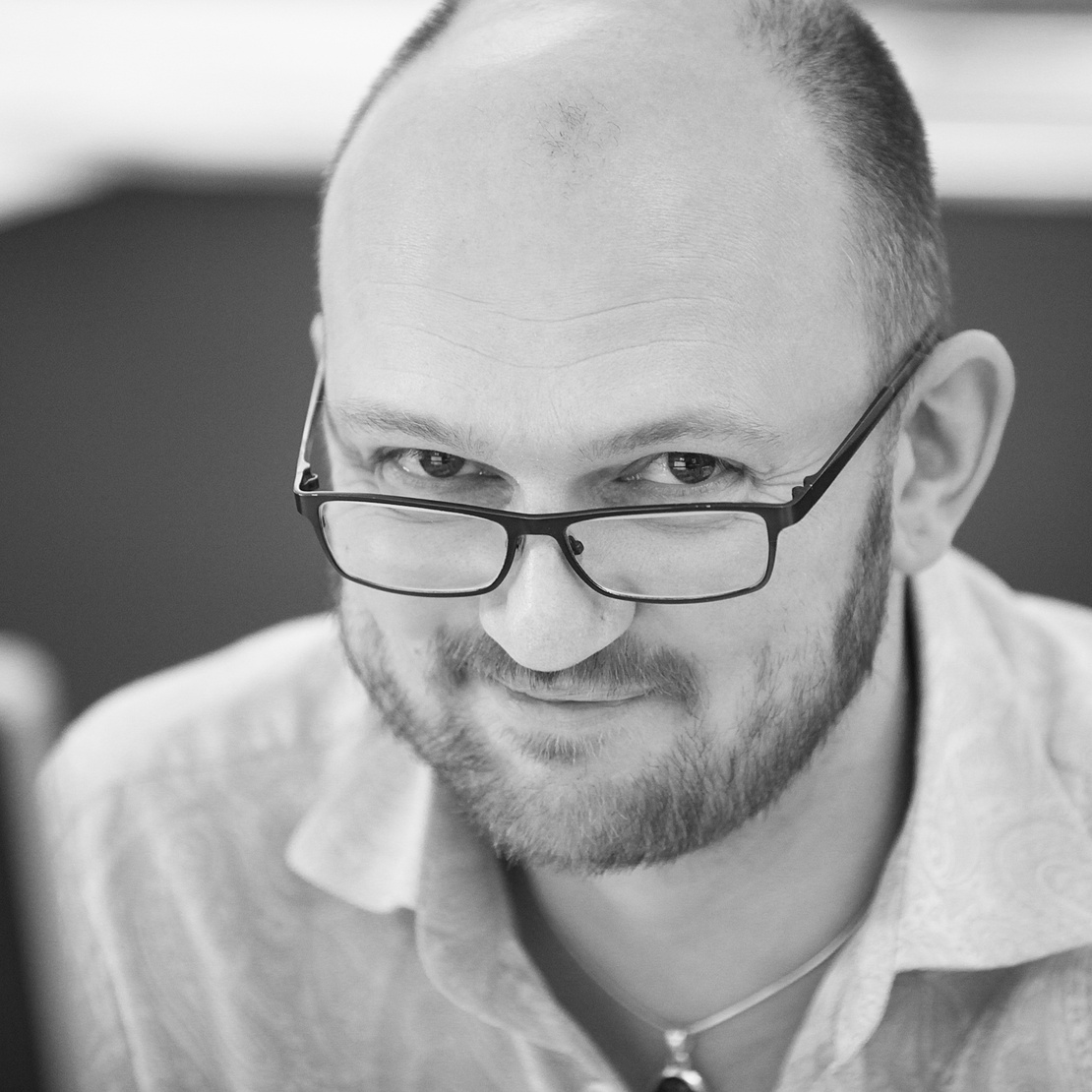 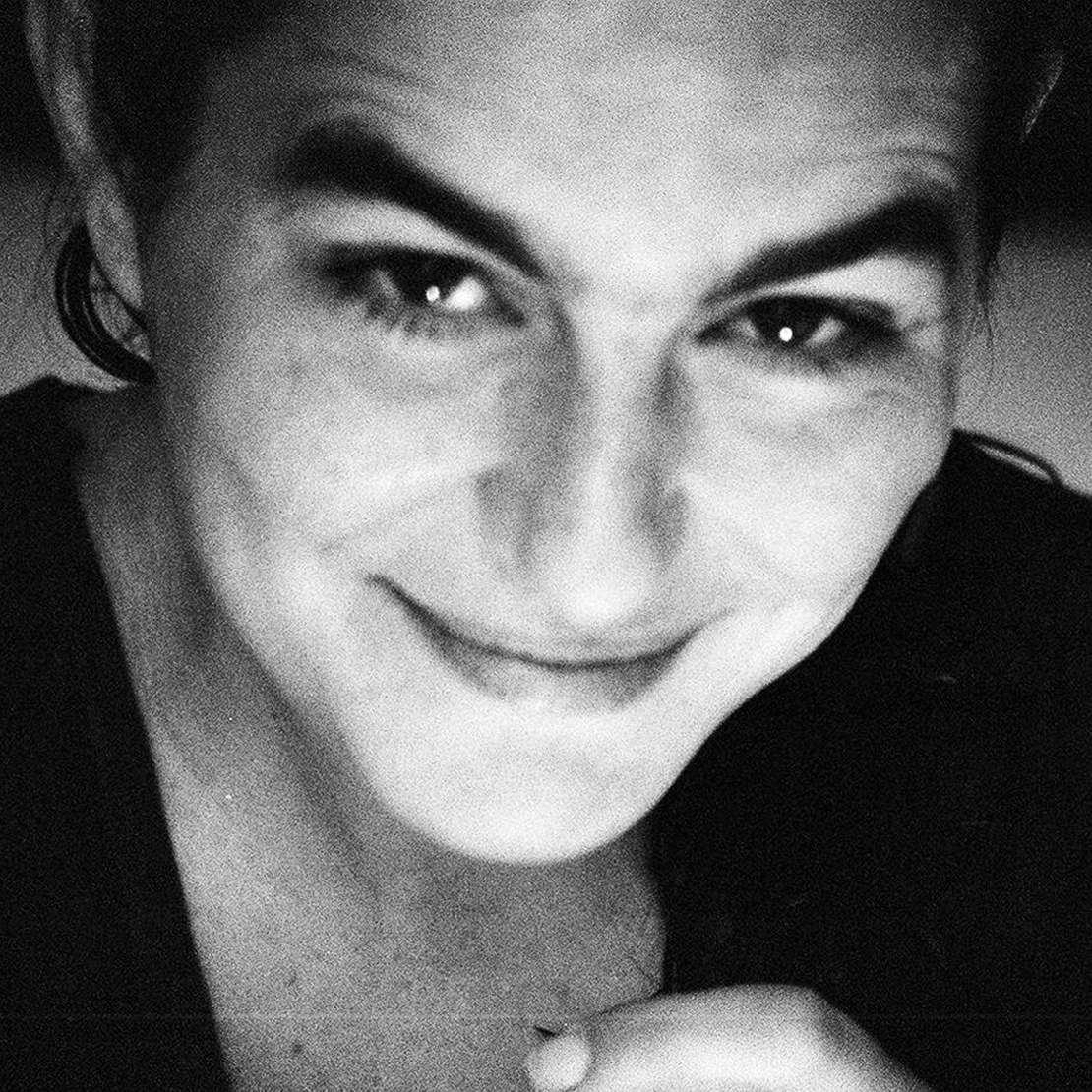 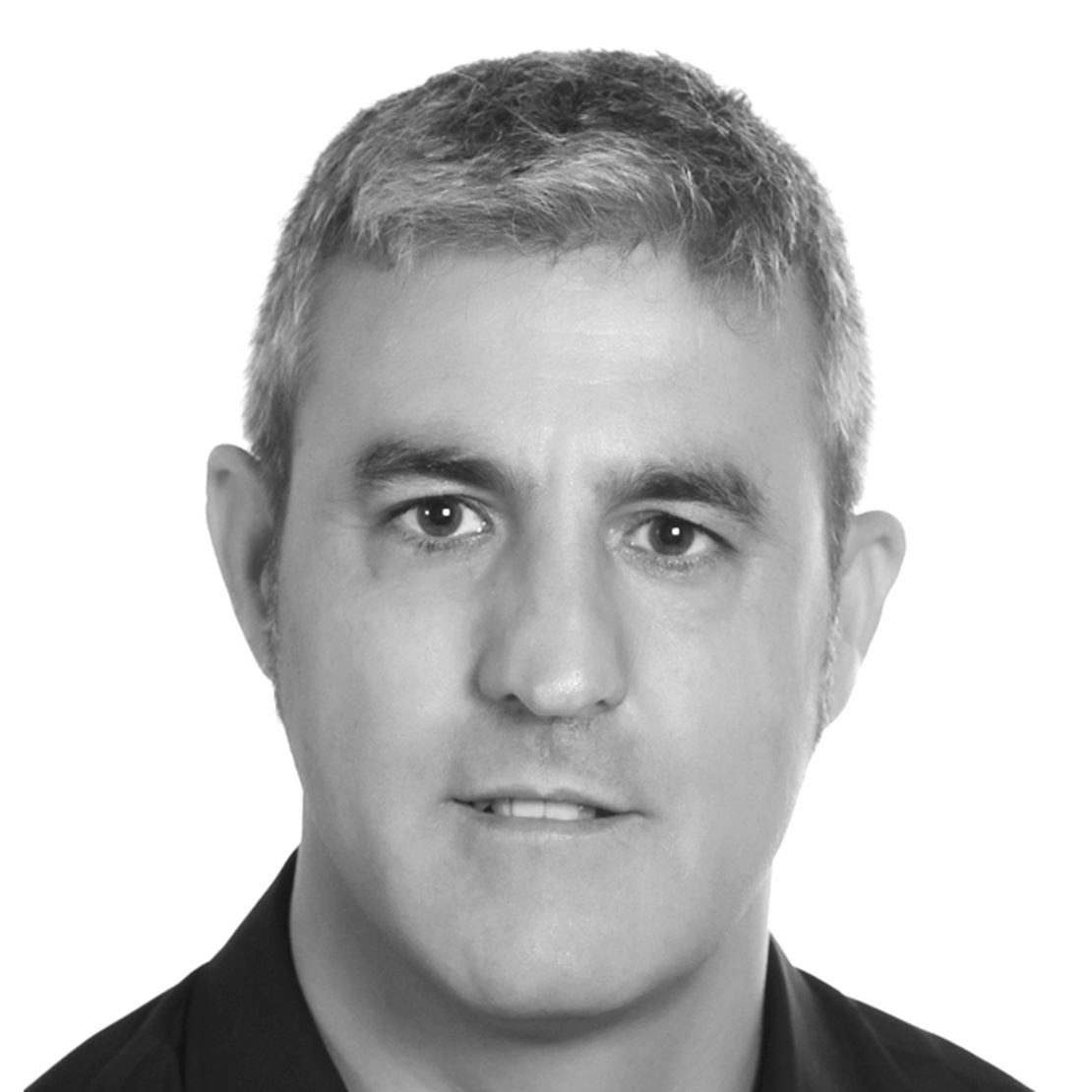 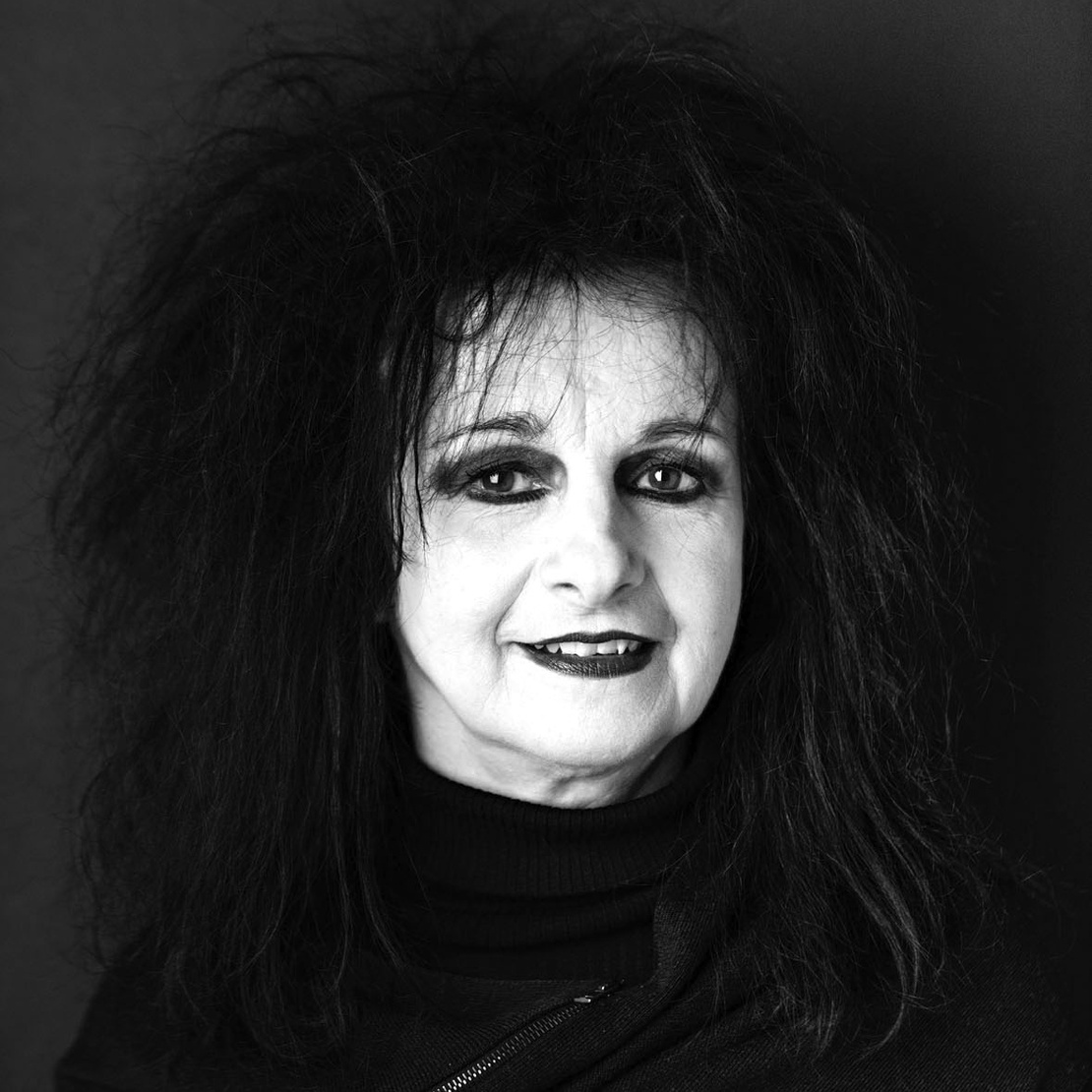 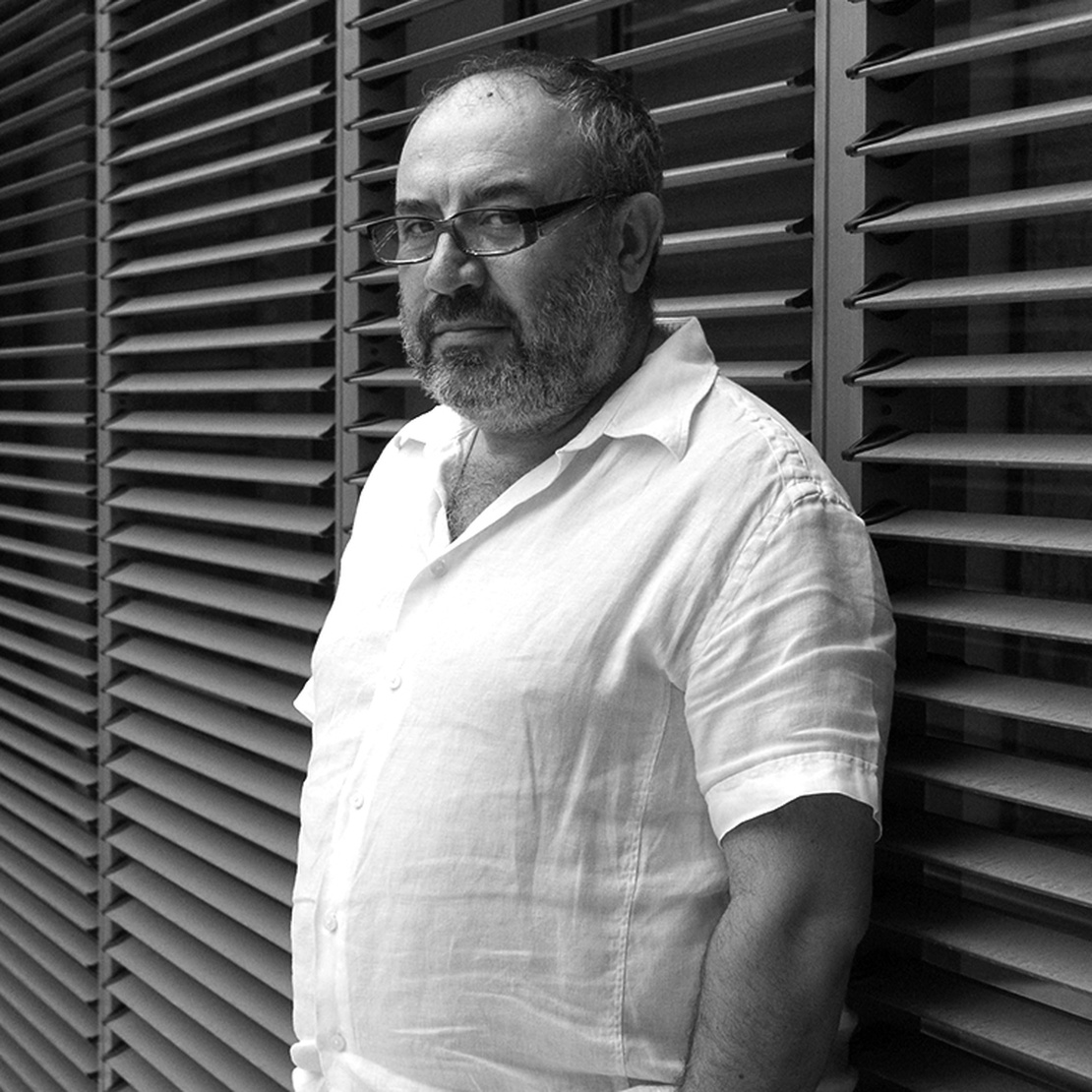 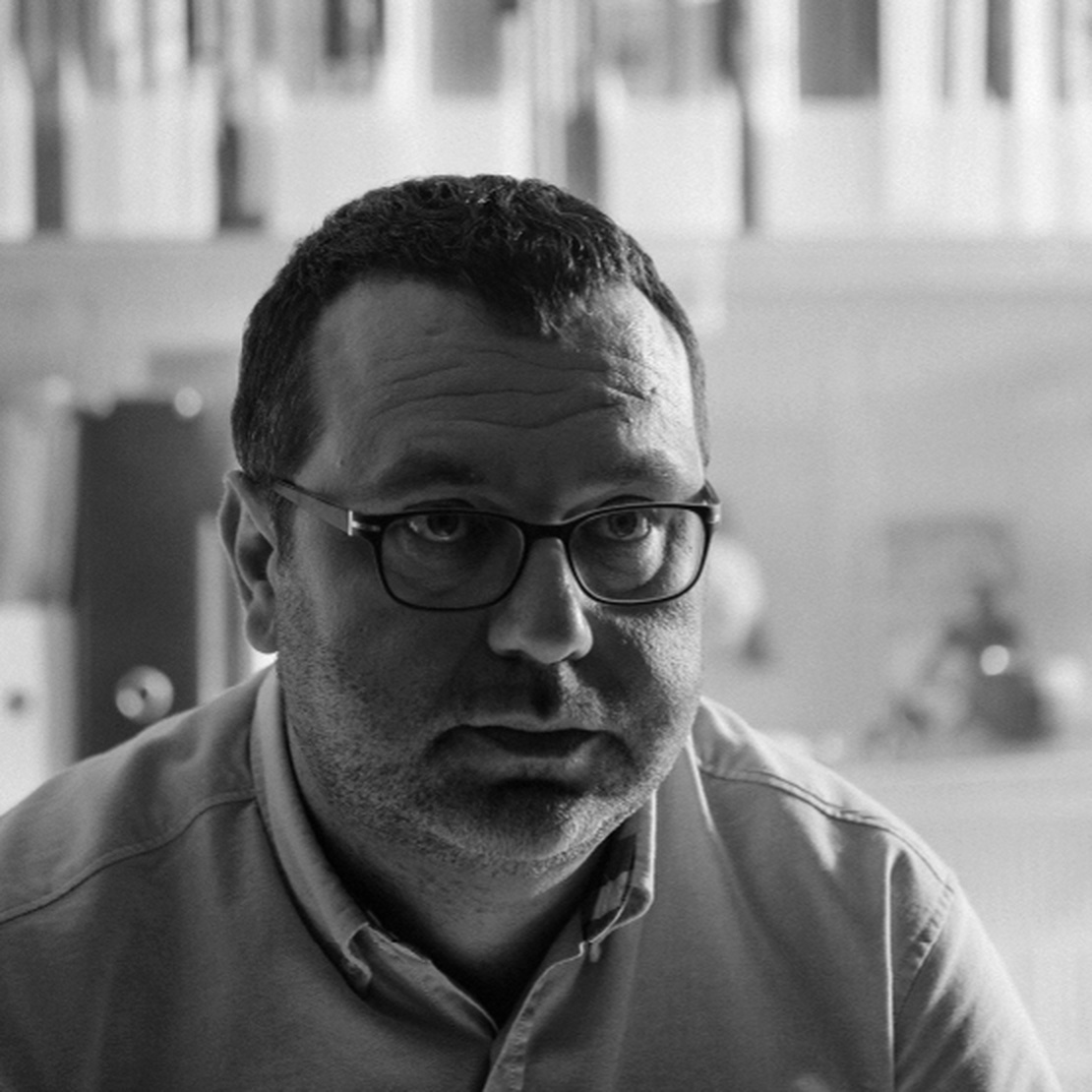 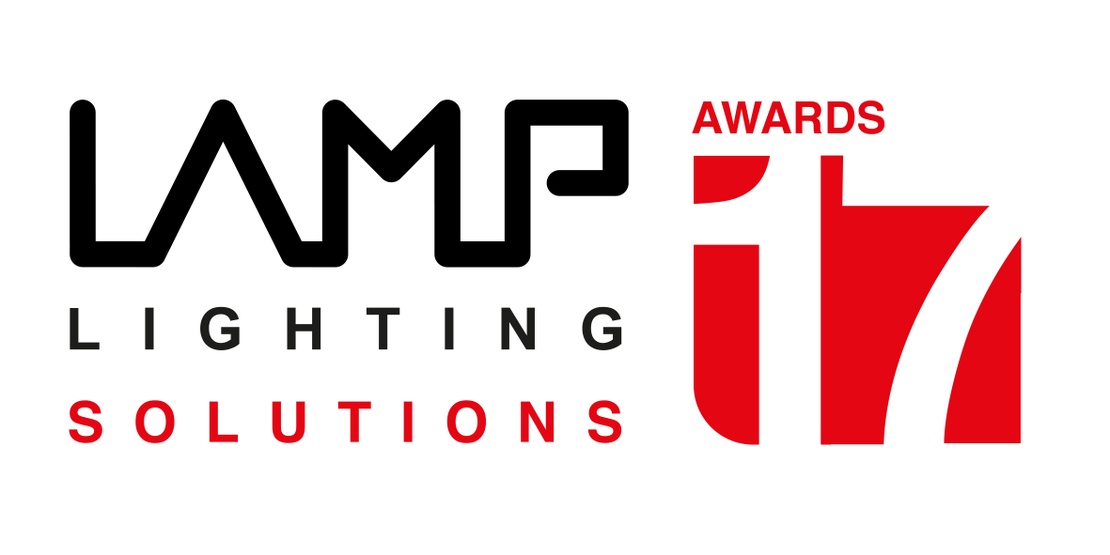 KAORU MENDE (Japan): lighting designer and Lighting Planners Associates Inc. founder. The scope of his design and planning activities ranges widely from residential and architectural lighting design to urban and environmental lighting. Mende is also the acting chief of the Lighting Detectives. Kaoru Mende has been involved in such superb projects as Tokyo International Forum, JR Kyoto Station, Sendai Mediatheque, Roppongi Hills, National Museum of Singapore, Singapore City Center Lighting Master Plan, Alila Villas Uluwatu, Aman New Delhi, Gardens by the Bay and Façade lighting for Tokyo station. Among the awards Mende has received there are the Illuminating Engineering Society of North America (IESNA) Award of Distinction, the International Association of Lighting Designers (IALD) Radiance Award, the Japan Culture Design Award, and the Mainichi Design Award. Kaoru Mende is a visiting professor and a part-time lecturer at several universities and other institutions. He has also written several books about lighting design.

GUSTAVO AVILÉS (Mexico): lighting designer who has been focused on architectural lighting since 1984 and who's been the General Director and Founder of Lighteam since 1986. The dedication and purpose of developing a quality culture in architectural lighting, have conducted his trajectory to coordinate and teach in several lighting design courses. He has also been invited to lectures, courses, seminars and fairs around the world. His work achieves a wide variety of applications (residential, corporative, historical buildings, etc.) and he has collaborated with lighting design projects in association with other international lighting designers. He has received in several occasions the IESNA recognition Award of Merit Edwin - F. Guth Memorial. He has also been awarded by the IALD and in the Lichtrouten International Forum for Art and Light design, among other recognitions. Gustavo Avilés represents one of the professional and academic development line positions and he is one of the most enthusiastic on the National and International context. He is member of IALD, IES, IIDA and AIA, and founder and academic coordinator for the Architectural Lighting Design Postgrade Program at UNAM. He's also a fellow member of the National System of Art Creators FONCA-CONACULTA, with the theme: "Ciudad Luz en el Patrimonio Histórico Edificado".

COLIN BALL (United Kingdom): lighting designer who leads the London office of BDP's award winning lighting team. His current work involves developing innovative techniques for lighting within world heritage venues plus carbon exemplary projects for cutting edge science institutes. Colin has worked as a lighting designer for 19 years with 10 years of experience at Speirs + Major and 6 years at Isometrix Lighting + Design prior to joining BDP in 2011. He has been lecturer several times around the world and he is organiser of a London Light & Film Festival. He's a member of the International Association of Lighting Designers (IALD) and member of the Society of Light & Lighting (SSL). He has been awarded several times. Among the prizes he has received there are a FX Award, a World Interior Award, a Darc Award, two Lighting Design Awards and several awards from the IALD.

ANNA SBOKOU (Greece): lighting designer with an interior design background, she has been working on local and international projects for over 10 years. Even though she works as an independent professional, she also collaborates with other designers, such as Zerlina Hughes at studiozna, Paula Rainha at synapse and Gustavo Avilés at Lighteam. She has worked extensively on lighting in both commercial and private sectors. She is also frequently participating in international conferences as guest speaker. Anna is serving on the Board of Directors for the International Association of Lighting Designers (IALD). In 2009 Anna was awarded Young Lighting of the Year by the Society of Light and Lighting in London. In 2014 the project "Memorial for the Victims of Violence" -in collaboration with Gustavo Avilés- received an IALD Award of Excellence, amongst other 7 awards.

RAFAEL GALLEGO (Spain): lighting designer since 1998, Rafael is a member of CEI (Spanish Committee of Lighting) and a founding member of the APDI (Spanish Association of Professional Lighting Designers). He worked as an industrial designer in different areas, in particular highlighting the design of luminaires. From 1998 he worked independently as a lighting designer, and in 2004 Rafael founded Indigo Design, the first independent lighting design studio in Madrid until it closed in 2007. Afterwards, he created his current studio, Áureolighting, where he continued to focus on lighting design. He is also co-director of a Masters in Lighting Design at Instituto Europeo di Design (Madrid). He regularly participates in conferences, forums and lectures on lighting design around the world. He's also developed all kind of lighting projects around the world. Rafael currently serves on the Board of The Spanish Association of Professional Lighting Designers (APDI) as President and he's member of the IALD EU Steering Committee.con el cargo de Presidente y miembro de la IALD EU Steering Committee.

ODILE DECQ (France): architect and landscape designer who's renown came in 1990, with La Banque Populaire de l'Ouest headquarters in Rennes. Since then, she has been faithful to her fighting attitude while diversifying and radicalizing her research. Decq's work materializes a complete universe that embraces urban planning, architecture, design and art. In 1996 she won the Golden Lion of Architecture at the Venice Biennale. Her multidisciplinary approach was recognized in 2013 by the title of Maison & Objet's Designer of the Year and the Prix Femme Architecte. Later, she received the Médaille de Vermeil et d'Honneur in 2014 by the French Architecture Academy and she was awarded the Jane Drew Prize in 2016. Her projects have marked French and international contemporary architecture, amongst them the MACRO in Rome, the Phantom in Paris, the FRAC Bretagne in Rennes, the Fangshan Museum in China and the internationally acclaimed Residence Saint-Ange in France. Furthermore, she has been teaching for the past 25 years, a commitment ratified by the opening in 2014 of her own school in Lyon, France.

JOAN ROIG (Spain): architect, founding partner of Batlle i Roig Arquitectes since 1981. Roig blends the practice of architecture and landscape architecture with international projects which are carried out with a constant focus on the environment. His main teaching role has been at ETSAB, but he has also taught on the UPC's Master in Landscape Architecture and at the Barcelona School of Architectural Engineering, among others. His work as a judge is well worth highlighting, for both national and international competitions - Europan, the Biennial of Spanish Architecture, the Biennial of European Landscapes, the Saloni Awards, or the Alicante Architecture Exhibition - and as a consulting member he has been the Voting Member for Culture for the Barcelona District of the Official College of Architects of Catalonia, a Consultant for the Mixta collection from the Gustavo Gili Publishing House, and a member of Barcelona City Council's Commission for Architecture. In terms of publications, it should be mentioned that the book New Bridges has been published, as well as several opinion pieces issued in various specialised journals, of which the following are of note: El Croquis, Arquitectura Viva, Topos, Cuadernos, and Domus.

STEFANO COLLI (Italy): graduated in architecture from Polytechnic University of Milan, and based in Barcelona since 1990, Colli is the CEO of SCAD Proyectos, an interdisciplinary firm specialized in the development of corporate interior design strategies integrated with other aspects such as innovation and communication. Amongst his projects we can find a 2002 FAD Award for the wine tasting room at BPA in Andorra. Furthermore, he's professor at postgraduate level at ELISAVA design school and his work has been highlighted in many reviews and magazines worldwide, such as Domus, Modo, Abitare, Wall Paper, Ardi, On Diseño, Proyecto Contract and Diseño Interior.

We would like to thank the Jury for wishing to form part of this adventure. We are very happy to have at our disposal such top-level professionals and with their help we hope to do our bit to raise worldwide awareness about good lighting.

We inform you already have the contest rules here and from October 1st you'll be able to register here :)

Lots of luck to all those taking part!

Mun, light to watch and light to contemplate
More news